Alessandro Bartolomeoli, writer. His passion for art and literature has led to further research on contemporary art and especially on the French artists of the '900, in collaboration with the grandson of Jean Cocteau, Alain Feral, working with him for several months of documents about Salvador Dali and the frescoes of the church of Rennes le Chateau. Currently working with Prof. Andrea Vitali, between maximum experts on symbology. After working as a ghost writer, he published his first novel entitled "Cui Prodest". In 2010 he published for Bastogi the book "In the Shadow of the Night".

Antonia Gozzi, musician. She studied piano at the Conservatory of Bologna under the guidance of the pianist, composer and visual artist Daniele Lombardi. Mainly active as a composer, with a growing interest turned to research, she has approached various fields and musical situations: from contemporary electronics, improvisation, pop music and popular. The interest in the interaction between different artistic languages has led to frequent collaborations with theater and dance with an emphasis on contemporary drama and the relationship between words and sound creating incidental music and live music for the scene in search of a real interaction between the two arts. Recently, she worked mainly with visual artists (photographers, video artists, painters).

Caterina Gozzi, director, writer and translator. Caterina Gozzi staged A door must be open or closed by Musset (1994), The Hotel C. by Sophie Calle (CDN Orléans - TGP St. Denis, 1999), It would have enough for you to be my brother by Pauline Sales (directed by Marc Berman, 2003), Crabs or hosts and guests by Roland Dubillard (Théâtre du Rond-Point 2006), a Small nothing-at-all brand new folded into a parsley leaf by Mr. Roche / Levaillant D. (Théâtre du Rond-Point 2006) Teatri by Olivier Py (Lecce, Teatro EliseoRoma, Festival Face to Face 2006/2007), Homériade by Dimitris Dimitriadis (National Orleans Scene 2008), The vertigo of animals before slaughter by Dimitris Dimitriadis (Odeon Theatre - Theatre of Europe 2010) and Lycaon Dimitris Dimitriadis (France Culture 2004).

Fabrizio Catalano is an author, screenwriter, and film and play director. Between 2008 and 2011, he was the artistic director of the Regina Margherita theatre in Racalmuto, birthplace of his uncle Leonardo Sciascia. In the field of theatre, he realised in 2004 and since 2010 two versions of Les jours de la chouette (over 250 lines) and in 2008-2009 Todo modo (60 lines), works from books homonymous to Leonardo Sciascia’s. He also staged Amore intorno al vuoto (Love around the void), a new thriller of which he is the author. In addition to his theatrical activity, Fabrizio has experience as assistant to directors on the shooting of short films, documentaries and anthologies.

Caterina Gozzi is the artistic director of the Compagnie des Orties in Paris. She began her career as an actress and appeared in several of Carlo Goldoni’s and Luigi Gozzi’s plays. In 1989, Caterina realised her first staging for Lea Oppenheim’s Tu non hai il senso del tempo. Established in France since 1994, she was the assistant to several directors before creating her own shows, including Musset’s Il faut qu’une porte soit ouverte ou fermée, Dimitris Dimitriadis’s Homériade (National Scenes of Orleans). Since 2001, she is part of CDN Orleans’s reading committee and is in charge of several lectures during the "Pur Présent" Orleans festival. Caterina is also a translator and thus raised the profile of many French writers in Italy.

Danilo Selvaggi is a lyricist and playwright for troupes including the Acustimantico Group. He wrote the lyrics for the Italian version of Jacques Perrin’s film Le peuple migrateur. Since several years now, he has been collaborating with newspapers and national magazines on cultural and social issues. Amongst other things, Danilo is also director of LIPU-BirdLife Italy, an environmental association for the defense of birds. He was advisor to the Minister of Environment during the Prodi government in 2006, and member of the Commission for the Evaluation of Investments for the same Ministry. He founded the Center for Environmental Culture of Rome, of which he was director until 2006.

Luciana Castellina has been a member of the Italian Parliament for three terms, and a member of the European Parliament, elected in 1979, confirmed in 1984, 1989 and 1994, she has been president of the Culture Commission and the Foreign Economic Relations Commission. She has been on the editorial staff of the FGCI magazine Nuova Generazione and of the daily news Il Manifesto.

Her book Cinquant’anni d’Europa – una lettura antiretorica(Fifty years of Europe – an anti-rhetoric perspective) (Utet, 2007) was released on the European Union’s 50th anniversary. In 2008 she published Eurollywood: Il difficile ingresso della cultura nella costruzione dell’Europa(Eurollywood: the difficult relation between culture and the building of Europe) for ETS.

In 2011 she published La scoperta del mondo(The discovery of the world), the diary she kept from 14 to 18 years old. About her adolescence and introduction to politics. She is currently a member of Arci’s National Council and Honorary President of Cineuropa.org, a website about European cinema.

Nicole Laurent-Catrice was born in Northern France. Raised in Anjou and then in Paris, she currently lives in Brittany. She devoted her life to poetry: International Poetic Meetings of Brittany, Rennes Les Tombées de la Nuit festival, radio broadcasts, writing workshops for students and adults.

She has published about ten translations of poets, from Spanish, in collaboration, from English, from Bulgarian, from Romanian, from Hungarian and Lithuanian. As well as translating, Nicole has published a dozen of collections of poems, four for L’Arbre à Paroles editions (Amay, Belgium), Metacuisine (1999), Corps Perdu (Lost Body) (June 2001), Table et Retable (Table and re-table) (2003), La part du feu (The side of the fire) (Dec. 2006). For La Part Commune editions (Rennes), Cairn pour ma mère (Cairn for my mother) (October 2008), two personal bilingual (French/Spanish) anthologies for Clapàseditions (Millau, 2002 and 2012).

Samer Mohdad is a photographer and visual artist. He started working for the Agence Vu in Paris in 1988. In 1991, he produced a photographic essay on Lebanon after the civil war. In his following project, War Children, Lebanon 1985-1992, he examined childhood during the Lebanese civil war. He then moved on to the Palestinian issue in Return to Gaza, a dual portrait of 415 Palestinians deported to south Lebanon in 1993 and their return to the Gaza Strip in 1994. In 1997, he co-founded the Arab Image Foundation.

In 1998 he won the Mother Jones Award in San Francisco for his book Mes Arabies, first in his ongoing The Arabs trilogy. From 2001 to 2003, he set up and directed the Center for Images at the King Abdullaziz Public Library in Riyadh, Saudi Arabia. Photography was still prohibited by fatwa in Saudi Arabia when he created the images for the second part of The Arabs trilogy.

In 2005 he elaborated the project Mes Ententes on the return of displaced families to Mount Lebanon.

In 2007, he started Menassat, a website focusing on news, trends and events in the media in the MENA region.

He is currently communication expert for the EU funded Programme Euromed Audiovisual.

Samuela Pagani has graduated at the Faculty of Arts of “La Sapienza” University of Rome in 1994. In 1991-92 and 1997 she lived in Damascus, where she studied Arabic at the “Syrian Institute for the teaching of Arabic as a foreign language” and during the annual postgraduate internship in Arabic for the “Institut Français d’Études Arabes de Damas” (IFEAD). In 1995 she obtained her “Diplôme d'Études Approfondies” (D.E.A.) in “Anthropologie et Histoire des Religions” at the “École Pratique des Hautes Études” of Paris.

She has taught Arabic-Italian translation at the European School of Literary Translation (SETL), Naples, June-November 2004. She is currently doing some research on contemporary Arabian fiction and Muslim religion, focusing on the Ottoman period.

Kamran Shirdel (born 1939 in Tehran) is a renowned Iranian documentarist.

He studied architecture and urbanism at the University of Rome and film direction at the Centro Sperimentale di Cinematografia of Rome, graduating in 1964. He worked as an assistant director with John Huston on The Bible before making his diploma film, Gli Specchi (The Mirrors), in Rome. He returned to Iran and started his career in 1965.

He directed six socio-political documentaries, six films that courageously and frankly revealed the darker side of Iran's economic boom, analyzing the effects of a society flush with oil money. Because of the severe censorship, nearly all his films were banned and confiscated, and in the end he was expelled from The Ministry and put on the blacklist.

Kamran Shirdel is considered a father figure of Iran's new cinema and documentary school of filmmaking.

Shirdel is the founder and director of the Kish International Documentary Film Festival which is held yearly in the January in Kish Island in the Persian Gulf. He is also the managing director of Filmgrafic Co.

The literary prize “Gina Labriola, tales of brigands, witches, goblins and other marginals” is open to everybody, young and adults! To participate, you just need to fill in the application form and send your literary work. Prizes range from 500€ to 1,000€.

WARNING: THE DEADLINE FOR THE PRESENTATION OF THE TEXTS IS NOVEMBER 7, 2014. 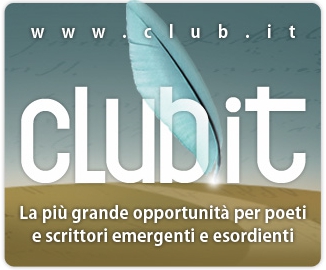